Page xlv
Next to it , on the left , is the name Mayach , which indicates that it is the kingdom of Mayach , ” which will become plain by the analysis of the symbols . To begin with , is a wing or feather , insignia worn by kings and warriors .
Page lv
I merely suggest a possibility , that , added to other facts , may later become a probability , if not a certainty . In the course of these pages we shall meet with so many concurrent facts , as having existed both in Mayach and Egypt ...
Page lvi
This fact becomes apparent if one of we examine the drawing still more closely , ... She speaks thus : “ Ak ha pe be be imik Kaan ” ( that is , “ The basin has risen rapidly , and the land has become marshy " ) . 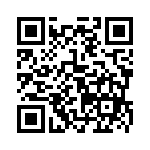