Paul Gilbert, PhD., FBPsS, is the Milton and Gertrude Chernin Professor of Social Welfare and the Social Services at the University of California, Berkeley, and Director of the Family Welfare Research Group. He served as a Senior Research Fellow for the United Nations Research Institute for Social Development in Geneva in 1975. In 1981, he was awarded a Senior Fulbright Research Fellowship to study social services in the British welfare state. In 1987, he received a second Fulbright Fellowship to study European social policy as a Visiting Scholar at the London School of Economics and at the University of Stockholm Social Research Institute. He has served on the editorial boards of several professional journals, and his publications include 13 books. He is also author of over 50 articles, which have appeared in leading academic journals and such publications as The Wall Street Journal, The Public Interest, and Society. 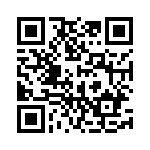