Like Peter Green's Alexander To Actium, this fascinating and well-written book illuminates the culture and politics of an area that normally receives cursory treatment in English-language histories. Consulter l'avis complet

Okay the maps are too few and bad. But the text is illuminating and clear. there are a few descents into folksiness like"Tamerlane and his hearties", but this is an important book. the author has the ... Consulter l'avis complet

S. Frederick Starr is founding chairman of the Central Asia-Caucasus Institute & Silk Road Studies Program, a research and policy center affiliated with the Johns Hopkins School of Advanced International Studies and the Institute for Security and Development Policy in Stockholm. A past president of Oberlin College and the Aspen Institute, he began his career in classical archaeology, excavating at Gordium in modern Turkey and mapping the Persian Royal Road. 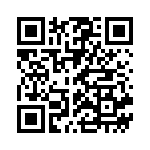