Actually I read an earlier edition, published 1996. Writing books can be divided into 'tools for writing' and 'self-help/inspirational'. This definitely falls into the latter category, of which I'm ... Consulter l'avis complet

This is a fun book to read and I’m sure was a fun book to write. Jack Foster confesses in the opening pages that there is no rocket science enclosed within its pages, and perhaps nothing new. In one ... Consulter l'avis complet

Jack Foster spent thirty-five years working in creative departments of major advertising agencies; the first ten as a writer, the last 25 as a creative director. He has helped create advertising for scores of companies including Carnation, Mazda, Sunkist, Mattel, Albertson's, Ore-Ida, Suzuki, Universal Studios, Rand McNally, and Smokey Bear. He is a recipient of the Los Angeles Creative Club's "Creative Person of the Year" award.
I was born in London, England. It was raining.
After fifteen years of studying Latin I decided to go into advertising.
My first job was as an apprentice at an advertising
agency called Graham and Gilles. I changed the water pots for the art directors (they painted layouts with watercolours in those days) and made them tea. This was before magic markers. This was even before rubber cement--I'm that old.
It was raining. It was always raining, and I was watching my favourite programme at the time-- 77 Sunset Strip. I said, "Ah, sun, palm trees, women." My dad gave me a one-way ticket. 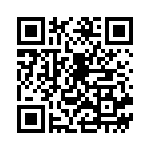