MICHAEL K. SCHUESSLER is currently an independent scholar residing in Mexico City, where he writes on Mexican culture and literature. 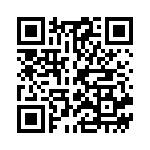