Emil Stephen was born in 1937 on the shores of the Pacific Ocean in Sydney, Australia. He fell in love with the Mediterranean in his twenties and settled in Rome where he worked as a teacher until moving to London in 1977, first teaching again for several years and now working as an Italian interpreter and translator. His interests include cooking, gardening, translating and since 2001 struggling to learn the cello. His 30 year life and death battle with and eventual victory over the Tobacco Demon has inspired this book. 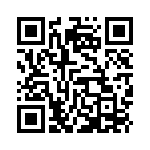