Preston Dennett (California) is a field investigator for the Mutual UFO Network (MUFON). He has more than fifty articles published in most of the major UFO publications and is the author of "UFO Healings" and "One in Forty: The UFO Epidemic." He has worked with the television programs “Sightings,” “National Geographic Explorer,” and “Encounters.” 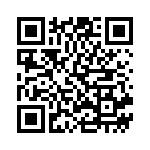