Review: Tips on Physics: A Problem-solving Supplement to the Feynman Lectures on Physics

*not that the book is less excellent than other books by Feynman, it's just that the material was not the one I need ><* Consulter l'avis complet

Richard Feynman, an American theoretical physicist, received his Ph.D. from Princeton University in 1942 and worked at Los Alamos, New Mexico, on the atomic bomb during World War II. From 1945 to 1950, he taught at Cornell University and became professor of theoretical physics at the California Institute of Technology in 1950. Feynman made important contributions to quantum electrodynamics (QED) and electromagnetic interactions, such as interactions among electrons. In Feynman's approach, interactions are considered exchanges of virtual particles. For example, Feynman explained the interaction of two electrons as an exchange of virtual photons. Feynman's theory has proved to be accurate in its predictions. In 1965 the Nobel Prize for physics was awarded to three pioneers in quantum electrodynamics: Feynman, Julian Schwinger, and Sin-Itiro Tomonaga. Feynman was an outspoken critic of NASA for its failure to notice flaws in the design of the Challenger space shuttle, which resulted in its tragic explosion. 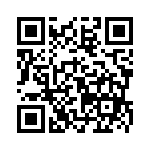